Have you grown increasingly frustrated by your kid’s temper tantrum tendencies lately? While all young children go through times when they have emotional and angry meltdowns, if this becomes an ongoing theme, parental struggles can mount, and it can be challenging to know what to do.

Maybe you can relate to one of the following:

On the one hand, you want what’s best for your child. On the other, you may feel exasperated, angry, guilty, and embarrassed if you have a kid throwing a fit. You may also worry that you’re a ‘bad parent’ and that these meltdowns happen because of your inadequacies.

What can be done for kids throwing tantrums when you’re at your wit’s end? Here are some thoughts on that.

Remember that Child Tantrums are Normal

In her “Psychology Today” article entitled Tantrums, Meltdowns and Everything in Between, Aditi Subramaniam Ph.D. shares the following:

“At the end of the day, tantrums are a natural part of toddlerhood, and we must try and view them from the perspective of a tiny person who’s just discovering her personality and doesn’t yet have the language skills to assert it.”

Tantrums are normal for young children and especially for toddlers. So, as your child throws a fit in the grocery store because of the toy or treat they can’t have, resist the urge to feel guilty or judged (as difficult as that may be).

Anyone judging or publicly shaming you did the same thing when they were your child’s age. They just don’t remember doing so and, therefore, feel better about themselves for looking down on you. And if a parent with now grown-up children looks down on you, once again, it’s because they forgot the tantrums their children threw decades earlier.

Don’t Try to Reason During a Tantrum

Although children are little, they bear one significant resemblance to adults. Both are the most difficult to reason with when they are emotionally distressed, especially when they are angry.

Studies have shown that tantrums include a combination of anger and sadness. Anger and outrage because the child can’t have what they want. Sadness, because they become painfully aware that don’t have complete control over what they perceive to be in their best interest.

The best thing to do in the heat of the moment is to let the tantrum run its course. Getting angry or trying to reason with your child will only make matters worse.

Most tantrums end in sadness. Once the anger has left, take this time to reason with and comfort your child. Because trying to reason with your child during an epic meltdown is sure to fail.

Thankfully, there are some things you can do in the meantime that may lessen the severity of tantrums or help you to avoid some of them in the future. Let’s take a look.

Try Some of These Troubleshooting Ideas

Decreasing the severity and frequency of tantrums comes down to a lot of trial and error to see what works best for you and your child. As you embark on this journey as a parent, here are some reasonably simple techniques you can try.

Distraction: It’s always good to have a few tricks in your bag for those moments when a meltdown appears eminent. This could include snacks, coloring pages, a favorite toy or even a YouTube video on your I-phone. Pay attention to what works and remember this for future times.

The Illusion of Control: Children love to feel in control. Some of this is due to their natural desire to be more independent. This technique works best when you have to stop an activity your child considers fun. You can give your child several desirable options that suit your schedule requirements and let them choose. By feeling included in the decision-making process, your child will be more likely to calmly or even happily oblige.

Paying Attention to Needs: You can often avoid a child meltdown by paying a little extra attention to their needs. Especially with toddlers and younger children, it’s more difficult for them to communicate what they need. Are they hungry, thirsty, tired or not feeling well? These are all reasons to give some extra care ahead of time.

Preparing Your Child:  Is it almost time to stop doing something your child finds enjoyable? Maybe that includes a trip to the playground or visiting a friend, for instance. During these times, telling your child that you’ll need to leave the playground in ten minutes will likely mean nothing to them. Instead, try something like, “Once you go down the slide one more time and eat your snack, it will be time to go home.”

Is Your Kid’s Temper Tantrum Getting the Best of You?

If so, counseling can also help. You can discover evidence-based ways to handle tantrums and meltdowns better (or avoid some of them altogether). The Orange County Relationship Center is here for you whether you need a child therapist or adolescent counseling. Besides the option of a child counselor, we also offer individual therapy, marriage counseling and relationship counseling.

We provide counseling in the following cities and regions but may also be able to assist you through virtual counseling (teletherapy) if you live outside of that range. Feel free to schedule an appointment with us. We look forward to meeting you!

December 16, 2021
Do you struggle with persistent negative thoughts? Although negative thinking is a common problem for us…
Read More 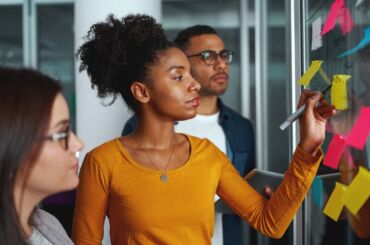 Could You Be Struggling with High-Functioning Anxiety?

February 22, 2022
What do you think of when you hear the term “high-functioning anxiety?” At first, it can…
Read More 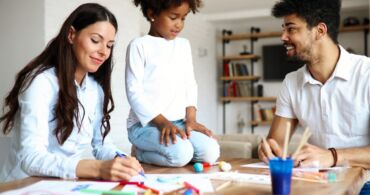 How to Cope with the Stress of Bad Memories

November 11, 2021
Do you experience bad memories that are difficult to handle at times? We all struggle with…
Read More

Misti Nicholson
06:30 07 Feb 18
The Relationship Center of Orange County is an excellent resource. Casey and her team are top notch. If you would like to improve your relationship this is the place to go!read more
Paul Hamilton
03:47 20 Feb 18
Casey Truffo is an amazing professional who has assembled a seasoned staff ready to help you. Love the attention to ensuring a good fit, which is essential to successful treatment. Bravo!read more
Ayelet Krieger
17:40 10 Jan 18
If you are struggling with relationships concerns, the OC Relationship Center is the place for you. Their expert clinicians focus specifically on relationships, and are skilled in couples therapy. This practice is run efficiently, so in addition to the therapy itself, the experience of being a client here is smooth and accessible. Highly recommended!read more
Chris Chandler
14:31 06 Jan 18
Casey Truffo is incredibly warm, compassionate, and helpful! I have enjoyed getting to work with her and experience her wealth of insight and direction. I would highly recommend her services to anyone looking for help in their relationships!read more
April De Higes
01:58 04 Jan 18
This place is very welcoming. All the therapist are experienced, warm and caring, and effective. They work will all issues from couple communication struggles, to depression and anxiety. As a therapist myself, I happily refer to all the therapists in this office.read more
Jennie Steinberg
06:38 04 Jan 18
OC Relationship Center is a wonderful group practice. They take wonderful care of their clients, and help couples to thrive! I highly recommend them to anyone seeking therapy to help heal and improve their relationships.read more
Risa Ganel
16:35 09 Apr 18
The Relationship Center of Orange County is the place to turn to when you are struggling in your relationships and want compassionate, caring, highly trained support to help you resolve conflicts and have more fulfilling connections. I have worked with Casey Truffo throughout my years as a therapist and I know first hand of her integrity, dedication, compassion and skills. Orange County is lucky to have the Relationship Center as part of their community where couples and families can be not just supported, but transformed.read more
Joe Taylor
16:30 19 Apr 18
The Orange County Relationship Center is a group of friendly and helpful therapists. They have a great deal of experience and are very skilled. No matter what you or your loved ones are struggling with, they can help. I highly recommend them.read more
Lisa Ottenhoff
19:21 06 May 18
The Relationship Center of Orange County is truly a great resource for those who desire support and guidance with issues relating to their relationships whether it be with their spouse, partner or family member. In my opinion, they provide high quality therapy services and I highly recommend them.read more
Jennifer Costanza
16:19 26 Mar 19
The Relationship Center offers the hours you need, skilled therapists and an inviting and warm atmosphere. If your relationship is struggling or just needs a tune up, I highly recommend them.read more
Hans Ewert
01:58 04 Dec 19
Casey is a top notch professional and helped me through a devastating breakup
Ana Maria Sierra, Ph.D.
04:58 15 Mar 16
I have known Casey Truffo professionally for some time. She is a highly experienced, warm, and compassionate psychotherapist who places the heart at the center of her group practice. You can be certain that you will be made to feel welcomed and well taken care of either by Casey and her staff of seasoned professionals. I would also like to add that Casey is a recognized leader and mentor to many, both nationally and internationally. So, if you are seeking an understanding and approachable counselor who can help you have a more satisfying and healthier relationship, be it with your partner, your child, or with yourself, I recommend that you contact Casey now.read more
Nadia Jones
06:43 26 Oct 15
I have known Marni Reinhardt for the last 12 years. I have seen her bloom as a therapist and grow in her skills from the beginning. She can add so much into her work through her special training in hypnosis and relational issue as well as Evidence Based Practice Models. She is a caring, compassionate, and direct therapist who loves her work and more than anything to help. I highly recommend her!read more
See All Reviews Write a review