I Get Really Nervous Around Girls How Can I Fix This?

Are You a Shy Guy? How to Stop Being Nervous Around Girls

Being known as the “shy guy” can be bothersome, especially if you regularly feel nervous or anxious around girls. Perhaps you’ve embarrassed yourself in front of a girl in the past due to nervousness or this struggle is hurting your dating life.

Stop Trying to Be Perfect in Your Interaction with Girls

If you’re currently struggling with how to stop feeling anxious around girls, that isn’t where you have to stay. Things can get better by taking some intentional steps towards growth.

You don’t have to accept that there’s nothing you can do to make things better. That simply isn’t true. We all fail and what we forget in our failure-phobic culture is that failure is a necessary step along the path to success.

Does a mother fault their child for stumbling or falling when they’re learning to walk? Of course not! A lot of “failure” needs to happen before success can take place. In the same way, every valuable human skill has to be learned through a series of disappointing attempts.

When interacting with girls, don’t view messing up as something that has to sink your ship. Messing up quite a bit is inevitable for everyone. Failure is really only failure if you give up. Instead, view failure as something that’s meant to perfect you rather than punish you. It tells you what to do differently next time.

Are you currently struggling with how to talk to girls? If so, the first temptation you’ll likely have is avoiding them altogether.

This approach is a dead end as you have to be around girls to get better at how to approach a girl as well as how to impress a girl. Identify the sneaky, self-defeating scripts that play in your head and undermine your success.

Maybe you hear, “I always make a fool out of myself around girls.” Instead, replace that thought with, “Everyone makes a fool out of themselves around girls sometimes but that doesn’t have to define me. In time, I’ll learn how to stop being shy.”

And remember this tip from Jeremy Nicholson, M.S.W., Ph.D. in his Psychology Today article entitled, “How to Reduce Dating Anxiety.”

“The unique feature of successful daters is not the absence of “dating anxiety”, but rather the ability to control it.”

Focus on the Girl Instead of Yourself

Want to take the pressure off yourself? Stop worrying so much about your thoughts and feelings. Instead, think more about the girl you want to talk with. That’s the most crucial step in learning how to get a girl to like you. They need to know you care.

It may be hard for you to see, but the girl you so badly want to interact with also has her own inherent insecurities she’s trying to work through. In fact, you might be surprised to learn an aspect you find beautiful about her is something she struggles with self-esteem issues over.

The girls you feel uncomfortable around aren’t immune to struggles. Just like you, they have their own scars they’ve dealt with, other scars they’re not sure how to heal from and much more.

Ironically, focusing on getting a girl to like you is the surest way to do just the opposite. However, staying attentive to the girl’s concerns instead of your own quite possibly could help the two of you to develop a bond.

Maybe you’ve tried all the advice you could find but you’re still wondering, “Why can’t I talk to girls?” That’s a possibility but isn’t a reason to give up hope.

It’s worth considering counseling in such cases. You’ll receive confidential encouragement and evidence-based strategies from a licensed professional about how to overcome your social anxiety.

We provide counseling in Orange County, California for a variety of challenges. Social anxiety is a more common struggle for people than you may think. You can schedule an appointment with us today to start eliminating that anxiety. The OC Relationship Center has office locations include Mission Viejo and Newport Beach.

February 11, 2021
Have you grown increasingly frustrated by your kid’s temper tantrum tendencies lately? While all young children…
Read More 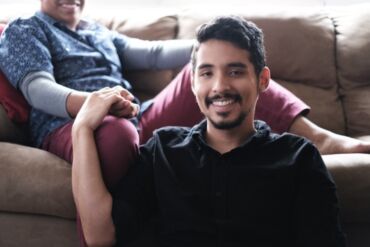 Are You a Stressed Man? Why Finding Relief is More Challenging

September 20, 2022
Would you describe yourself as a stressed man? Men and women both struggle to handle life…
Read More

“I Can’t Sleep Because of Anxiety” What to Do

March 4, 2021
Does “I can’t sleep because of anxiety” describe your recent struggles. We could easily call 2020…
Read More

Misti Nicholson
06:30 07 Feb 18
The Relationship Center of Orange County is an excellent resource. Casey and her team are top notch. If you would like to improve your relationship this is the place to go!read more
Paul Hamilton
03:47 20 Feb 18
Casey Truffo is an amazing professional who has assembled a seasoned staff ready to help you. Love the attention to ensuring a good fit, which is essential to successful treatment. Bravo!read more
Ayelet Krieger
17:40 10 Jan 18
If you are struggling with relationships concerns, the OC Relationship Center is the place for you. Their expert clinicians focus specifically on relationships, and are skilled in couples therapy. This practice is run efficiently, so in addition to the therapy itself, the experience of being a client here is smooth and accessible. Highly recommended!read more
Chris Chandler
14:31 06 Jan 18
Casey Truffo is incredibly warm, compassionate, and helpful! I have enjoyed getting to work with her and experience her wealth of insight and direction. I would highly recommend her services to anyone looking for help in their relationships!read more
April De Higes
01:58 04 Jan 18
This place is very welcoming. All the therapist are experienced, warm and caring, and effective. They work will all issues from couple communication struggles, to depression and anxiety. As a therapist myself, I happily refer to all the therapists in this office.read more
Jennie Steinberg
06:38 04 Jan 18
OC Relationship Center is a wonderful group practice. They take wonderful care of their clients, and help couples to thrive! I highly recommend them to anyone seeking therapy to help heal and improve their relationships.read more
Risa Ganel
16:35 09 Apr 18
The Relationship Center of Orange County is the place to turn to when you are struggling in your relationships and want compassionate, caring, highly trained support to help you resolve conflicts and have more fulfilling connections. I have worked with Casey Truffo throughout my years as a therapist and I know first hand of her integrity, dedication, compassion and skills. Orange County is lucky to have the Relationship Center as part of their community where couples and families can be not just supported, but transformed.read more
Joe Taylor
16:30 19 Apr 18
The Orange County Relationship Center is a group of friendly and helpful therapists. They have a great deal of experience and are very skilled. No matter what you or your loved ones are struggling with, they can help. I highly recommend them.read more
Lisa Ottenhoff
19:21 06 May 18
The Relationship Center of Orange County is truly a great resource for those who desire support and guidance with issues relating to their relationships whether it be with their spouse, partner or family member. In my opinion, they provide high quality therapy services and I highly recommend them.read more
Jennifer Costanza
16:19 26 Mar 19
The Relationship Center offers the hours you need, skilled therapists and an inviting and warm atmosphere. If your relationship is struggling or just needs a tune up, I highly recommend them.read more
Hans Ewert
01:58 04 Dec 19
Casey is a top notch professional and helped me through a devastating breakup
Ana Maria Sierra, Ph.D.
04:58 15 Mar 16
I have known Casey Truffo professionally for some time. She is a highly experienced, warm, and compassionate psychotherapist who places the heart at the center of her group practice. You can be certain that you will be made to feel welcomed and well taken care of either by Casey and her staff of seasoned professionals. I would also like to add that Casey is a recognized leader and mentor to many, both nationally and internationally. So, if you are seeking an understanding and approachable counselor who can help you have a more satisfying and healthier relationship, be it with your partner, your child, or with yourself, I recommend that you contact Casey now.read more
Nadia Jones
06:43 26 Oct 15
I have known Marni Reinhardt for the last 12 years. I have seen her bloom as a therapist and grow in her skills from the beginning. She can add so much into her work through her special training in hypnosis and relational issue as well as Evidence Based Practice Models. She is a caring, compassionate, and direct therapist who loves her work and more than anything to help. I highly recommend her!read more
See All Reviews Write a review